CHOCOLATE WATCH BAND - THIS IS MY VOICE 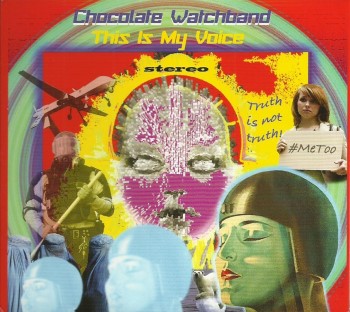 Rumour had it that the pseudonymous producer for the 'blues theme / loose lip sync ship' single that got released by the Chocolate Watch Band (as The Hogs) in 1966 was none other than Frank Zappa. The liner notes of the re-issue of "No Way Out" insist is was not.

The 2018 album by the Chocolate Watch Band does however include a straight-forward version of 'Trouble Every Day'. We've come full circle.