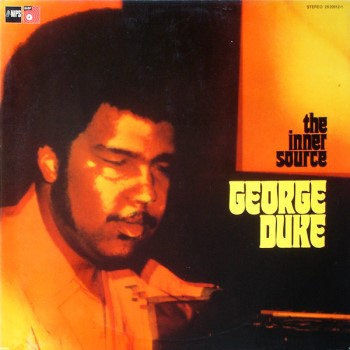 Recorded in 1971 (about one year after he joined Zappa's Mothers) and released in 1973, "The Inner Source" shows George Duke's interest for Afro-Cuban rhythms, soul and jazz.
The album got re-released in 1976 with a different album cover (in the "Encore" series) and even more recently in a remastered version, again with the original album cover.