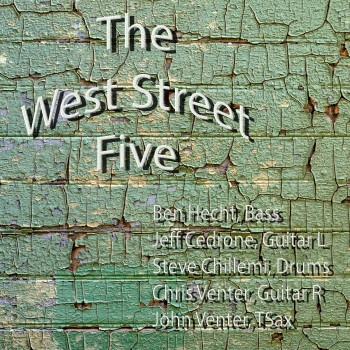 Here's some more improvised music from the New Haven scene.

West Street Five is the second West Street Session Release. Unlike the initial release, it is very much Electric. Over a one week period in May 2018, Steve Chillemi and I invited various musical friends over for series of live recording sessions. These have become the West Street Sessions. There were 5 sessions involving 8 musicians and about 15 hours of live recordings. Recordings were made on one or two Zoom H6 recorders depending on the number of tracks needed. Steve and I are common to all the recordings. Thanks to Chris Venter for technical assistance and the use of much-recording equipment. We are very grateful to all the musicians that took the time to participate.