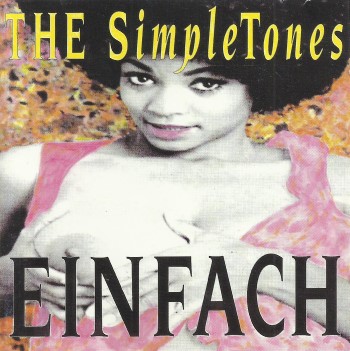 Founded by Johan De Smet and Rudy Cabie, The Simpletones project took a start in the late seventies. In their early years, all the compositions of the band consisted of maximum three different notes. A minimal music punk band.
In the eighties, the band morphed into a marching band, just to prove that there were no boundaries.
Later, Johan De Smet, as he got influenced by Frank Zappa, Edgar Varèse and Igor Stravinski, started composing classical music.
"Einfach" by The Simpletones is a fine example of this. The album features Peter Vermeersch, Bart Maris, Kristof Roseeuw and Tom Wouters (all from Flat Earth Society)