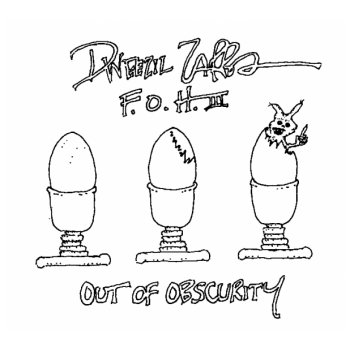 I brought this one home after the Dweezil Zappa Plays Zappa concert in Brussels. It's the third release in Dweezil's "Front Of House" mixes of recent ZpZ tours.
This particular disc focusses on the February 2012 concerts, charactarized by the presence of Scott Thunes on bass. Scott played in Frank Zappa's band from 1982 until the very end in 1988. Later, he toured and recorded with Dweezil & Ahmet Zappa, and with Steve Vai. When the Zappa Plays Zappa band found themselves without a bass player earlier this year, Scott filled the void.

"Out Of Obscurity" is an excellent album. It presents an excellent choice of song from the Frank Zappa songbook. The band is in great shape, and Dweezil's guitar playing is really good.