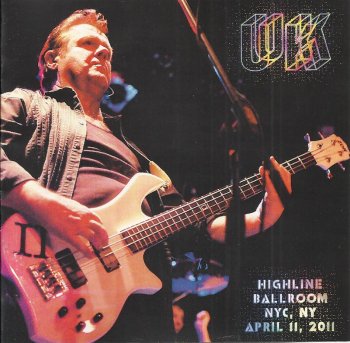 April 2011, John Wetton and Eddie Jobson reformed U.K. to do a couple of concerts in Tokyo, San Francisco, New York City and Boston. The shows featured Alex Machacek on guitar and Marco Minnemann on drums.
This was followed by a world tour in 2012.
These concerts did not go unnoticed to bootleggers. A couple of bootlegs with recordings of these shows have already been spotted.
Here's a picture of the bootleg that has the NYC 2011-04-11 concert.
Said to be manufactured in Japan...
Geplaatst door UniMuta op 11:17 AM