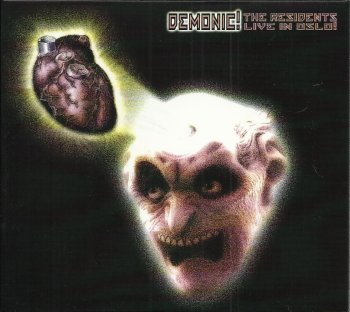 Initially, "Demonic" got released as luxurious 2 CD/ DVD set. And I'm pretty convinced that it's still available.
So maybe The Residents thought that this limited deluxe version would sell out soon as they released a regular 2 CD set more recently.
A great show, taken from the 2003 tour, live in Oslo.

It includes the beautiful and almost hypnotic 'Wonderful'.
Featuring Nolan Cook on the guitar !!