CAPTAIN BEEFHEART AND THE MAGIC BAND - SON OF DUST SUCKER 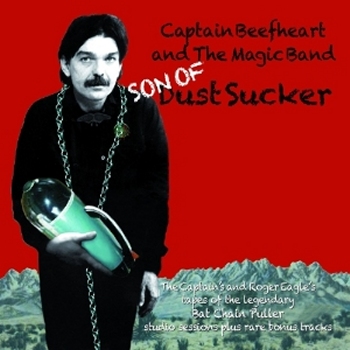 "Son Of Dust Sucker" is a recent release by the U.K. Ozit / Dandelion record label.
It's another version of the Bat Chain Puller album and comes from Don's original tape.
It got released a couple of months ago.

http://www.spaceritual.net/tractor/cb-sonofdustsucker.htm
New updated version of the “Dust Sucker” album, which will be deleted after the current pressing has sold through. Captain Beefheart’s original tapes of the Bat Chain Puller album, sent to his friend Roger Eagle in the UK to make sure they got released in the UK, as in the USA the tapes were tied up in a dispute between Frank Zappa and his manager Herb Cohen. "Son of Dust Sucker" combines those original tapes with the surprise nine extra live bonus tracks from the Captain’s illustrious career.