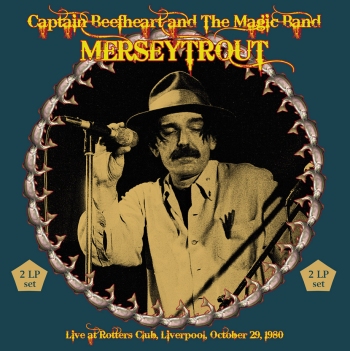 I'm still going through the things that I bought at Zappanale. Here's one of those Ozit / Dandelion releases.
I had already added the picture to the Archives, but now the line-up, links & tracklist have been added as well.

Is it good? It is essential?

Well, for most Beefheart fans, the man's discography only had few additions after "Ice Cream For Crow".
You need the "Grow Fins" box;  "I'm Going To Do What I Wanno Do" (Rhino, 2000); and the ZFT's "Bat Chain Puller" is essential, but that's about it.
Sure, a number of nice live recordings have been released as well and a couple of them are really nice, but the material that Ozit / Dandelion has been releasing is for die-hards only.