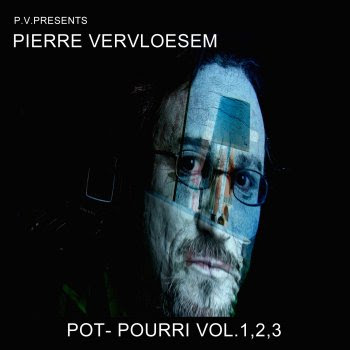 The last two years, Pierre Vervloesem has made his entire catalogue available as digital downloads. Every album got remastered and got released with a number of bonus material: demos and/or other unreleased material.
An admirable piece of work.
This series also included a couple of previously unreleased albums: a second album that Pierre did with John Litton Baroï, and an album from the Harakiriad project from 2005.
As if that wasn't enough, the series ended with three albums worth of material that Pierre had recorded but that never found its way to a record: live recordings, demos and other fun stuff.
"Pot-Pourri" Volumes 1, 2 and 3.

Off Records is now making an unbelievable offer and is making the three "Pot-Pourri" albums available in one package.
http://off-recordlabel.blogspot.be/2015/12/odx003-pierre-vervloesem-pot-pourri.html

You definitely need to check this out.
This is superb.
As a hidden gem, one of the albums includes a bizarre version of FZ's 'How Could I Be Such A Fool'!!
You need this and you know it.