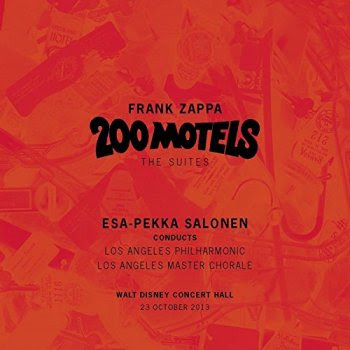 Frank Zappa's "200 Motels - The Suites", as performed by the Los Angeles Philharmonic, the Los Angeles Chorale and a selection of guests at the 'Walt Disney Music Hall' in L.A. on October 20, 2013. Conducted by Esa-Pekka Salonen.

I saw it's twin concert in London one week later. Performed by the BBC Concert Orchestra and the London Voices, conducted by Jurjen Hempel. That was breathtaking.

This performance by the Los Angeles Philharmonic sounds superb as well.
Essential listening.