Pieter Douma's Bguti Orchestra recorded a Frank Zappa tribute on their "3 Strippers From Gaza" album. The band also performed the piece in concert. 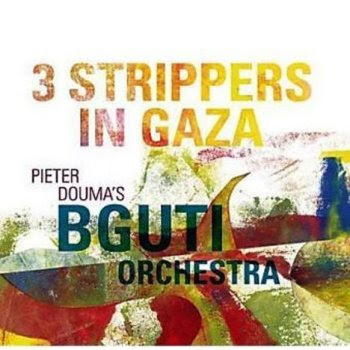 I saw the Bgute Orchestra tentet (!!) in concert at the 'Plusetage' club in Baarle-Nassau yesterday. Despite the incredible line-up, the concert didn't meet my expectations. I did like the jazz pieces that they played, but they also performed some material that I would descirbe as Dutch country music. Not my cup of tea.
Lowell George's 'Sailin' Shoes' was very nice though: vocals, bass and crazy keyboard (Michiel Braam !). The Zappa tribute, '3 Strippers In Gaza', got a bit lost in the mix. Too bad.

Biggest discovery was guitar player Jerôme Hol.
Google turned up some more nice things that Jerôme has been doing...