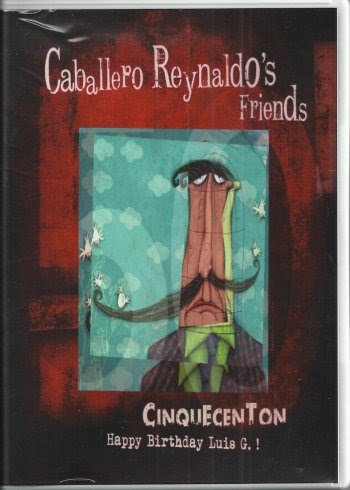 A little while ago, I already mentioned this fabulous project: Caballero Reynaldo (Luis G.) 's friends recorded an album to celebrate his birthday.
Not only a superb idea, but a beautiful one as well.
I most certainly mentioned that the album included two Zappa-coverversions, but I don't know if I mentioned that the album got released in two formats: both in a plastic case and in a DVD-case.
I added the picture of the DVD-case-cover to the U.M.Archives today.