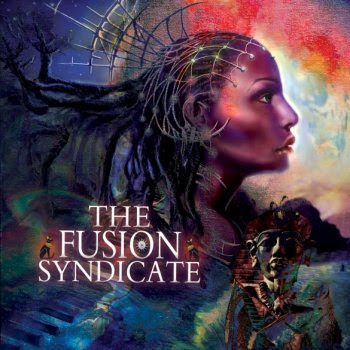 Billy Sherwood wrote and produced all the tracks for this "The Fusion Syndicate" album.
With an impressive mix of fusion and rock musicians.

October 12, 2012- Los Angeles, CA - One of the most amazing collection of jazz-fusion and progressive rock legends ever to assemble on one CD has happened with the new release by The Fusion Syndicate, available October 16, 2012 on Purple Pyramid Records. Brought together by multi-instrumentalist, producer Billy Sherwood (Yes, CIRCA:), who gave us the fascinating release by the Prog Collective earlier this year. Now, Billy has produced, recorded and written tracks for a new jazz-rock-fusion supergroup of musical virtuosos – The Fusion Syndicate!

“When I was asked to write/produce a fusion record I jumped at the chance. I've always had a deep love of Jazz and Fusion music having grown up listening to Weather Report, Return To Forever, the Mahavishnu Orchestra among many others in the genre. The record has become a musical dream team, including some of the world's most renowned players in the field. The music reflects a time when virtuosity was the standard and incredible musicianship was the order of the day. Each artist sharing their talent and skill, blending it all into a bigger musical picture, creating an amazing expression of unity and purpose. I'm honored to be a part of it all and I thank all the artists who joined me on this journey, they have all lifted the music to a higher level.” - Billy Sherwood, producer