"De Ysfabrik" is / was the name of an organisation that produced a theater company of the same name. It was also the name of the magazine, newspaper or newsletter that got distributed at the various gigs, concerts and performances.
Issue number 33 of De Ysfabrik was in fact the "Stijf" CDR audio album by De Oranje Houtzagerij.
Issue number 40 was a one audio-track CDR by Vitalski, Charles Jarvis and Geert Van Beever, entitled "We're Not Dead Yet". On the back, there's a promo for an expo of Vital and Serge Baeken.
From 1998.
Data has been added to the United Mutations Archives. 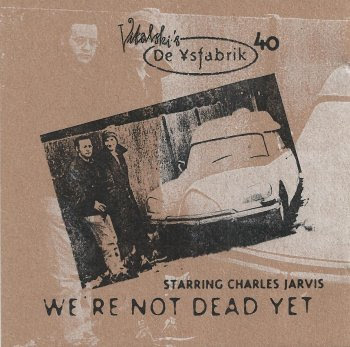