In 1979, Phil Kaplan, Jon Proudman and Brian Frank wanted to put together a Beefheart tribute band. By the fall of 1979 the first line-up of Men & Volts was finalized: Phil Kaplan on guitar and vocals, David Greenberger on bass, Jon Proudman on drums, Roger Stevenson on vocals & various, Tom Hall on sax, and Greg Fromohoio on marimba. After a couple of gigs they were told that they had to perform original material as cover bands weren't booked. The hardcore membership (Phil, David, Jon & Roger) decided to keep the name Men & Volts, wrote material, rehearsed and began playing out again in early 1981.

Spring 1982, their first EP got released. This first release was entitled "Rhythms & Blues" and it had a distinctly Beefheartian flavor. It's recommended listening for every Beefheart aficionado. 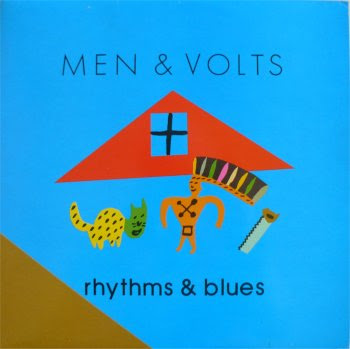 After this initial EP, Men & Volts released "Hooterville" in 1983. Their first album. 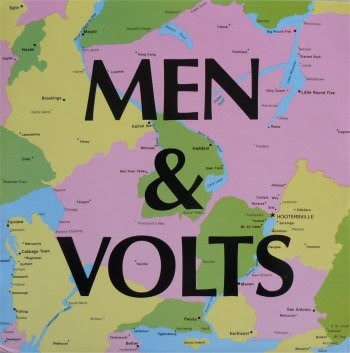 A couple of albums followed, but it seemed that the world wasn't ready for Men & Volts...

Fast forward to 2002 when I contacted the band, asking for extra info on their short time as a Beefheart band. Among other things, I learned that some rehearsals and concerts had been recorded...

Ten years later, October 2012, these recordings surfaced and reached the United Mutations headquarters. Complete with covers and all.

This is great stuff. I can already show you the pictures, and I have good hope that I will be able to share the music with you soon as well. 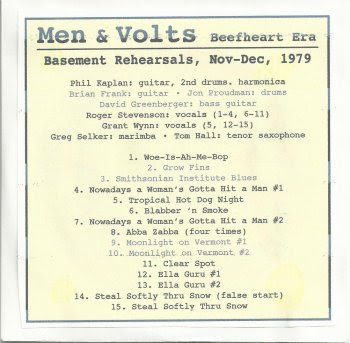 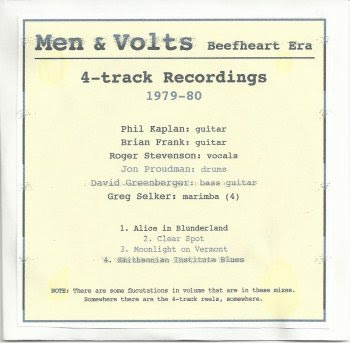 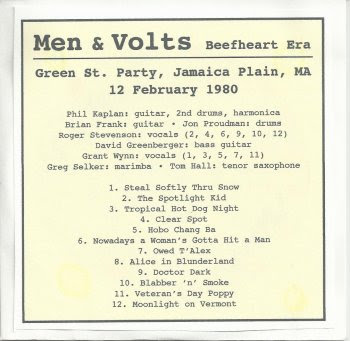 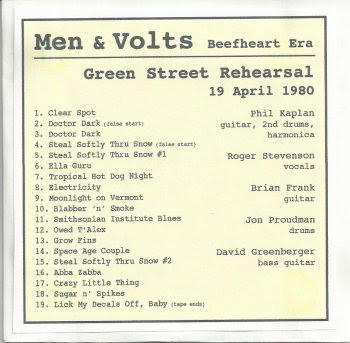