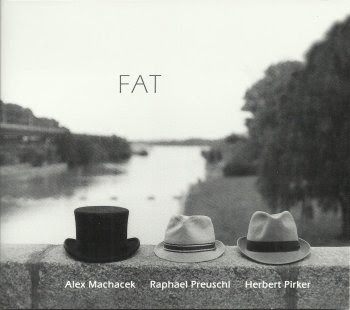 It's rather tough to describe the new album by Alex Machacek, Raphael Preuschl and Herbert Pirker without using a list of overwhelming adjectives.
Let me just say that Alex Machacek's major infuences are Alan Holdsworth and Frank Zappa.

Astonishing.
Both from a technical as from a compositional point of view.

Out on Abstract Logix.