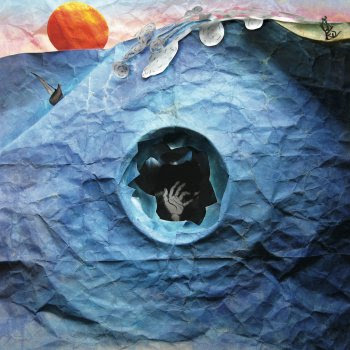 Here's what Mike Keneally said:
"A few years ago at a Taylor Guitars clinic Bryan Beller and I were doing, a young man introduced himself and showed us his Wooden Smoke tattoo (we immortalized the occurrence on keneally.com at the time). He also handed me a CD of his new music, which I listened to a couple of nights later and was floored. Bryan heard it as well and was equally floored. We got on the phone to this guy, who was and is Dane Runyon, and told him how floored we were. The music, insanely melodic and instantly memorable art-pop, was very close to being releasable in its current state; I told Dane that if he was into it we could get Marco Minnemann to add drums to some of it, remix it with Mike Harris and I would be happy to play some things on it as well. This all happened and now the album is ready for you to hear. It is BEAUTIFUL. Please treat yourself and visit danerunyon.com and check this action out."

Now who am I to question Mike Keneally, and so I did check this action out.
Dane Runyon's "Looking Below" is a great album. It presents 10 beautiful, intimate & melodic songs.
You can tell that Dane has listened a lot to MK. I love the vocal arrangements. They fit perfectly with the 'acoustic' sound.
Melomaniacs will be glad to hear that a lot of attention has been paid to the actual release. "Looking Below" has been released on clear vinyl in a limited edition of 500 copies.
Do check it out.