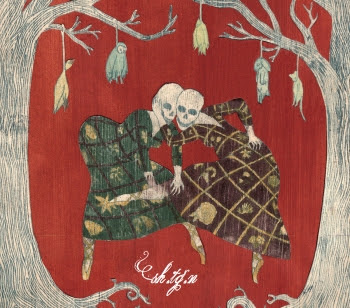 Leonardo Pavkovik and his MoonJune Records label are doing it again. They just keep amazing me.

At first, the band consisted of Antoine Guenet on keyboards, Wim Segers on vibraphone, Dries Geusens on bass and Simon Segers on drums. Shortly before their first gig, guitarist Yannick De Pauw joined the ranks. Later, Fulco Ottervanger stepped in on vocals.

I was fortunate to see Antoine Guenet as a part of Michel Delville's Wrong Object recently when the band played in Liège and in Ghent. It was good to see how his input added extra colours to one of my favourite bands. It sure made me curious for the Sh.tg.n album.

Sh.tg.n blends experimental rock and jazz. The compositions on this debut release are great. Surprising tempo changes are mixed with loads of energy and power. I'm a big fan of progressive and avant-garde rock and of expermintal jazz and "Sh.tg.n" has it all.

Out on Moonjune Records.
www.moonjune.com