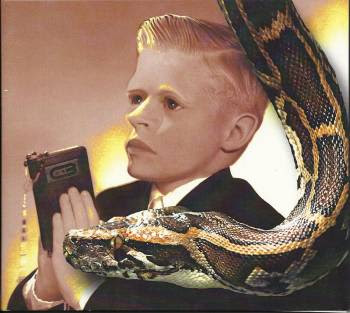 The Residents released "Couchie Brake - Special Edition" only a couple of weeks ago. This is the so-called special edition because it's a two CD set. The regular (single CD album) will be out next february.
There are two remarkable things about this album: one: it features Chuck, Bob and Carlos (plus special guests Nolan Cook and M.Villalobos), and second: it's not only subtitled "Sonidos De La Noche", but the story is told in Spanish, which adds some sort of other dimension...

I do like it, but I had not expected this.

The horrible thing about this release, however, is that it's a limited edition of 444 copies that is completely being sold through ebay. I don't like that. I like to buy my albums in a regular shop.

I wasn't too happy when I found out that The Residents were selling some of their new albums only at their shows. They didn't tour Yurrip, so how are we Yurripean fans going to get a copy? And now things are even getting worse with this ebay mess.
I don't like where this is going.