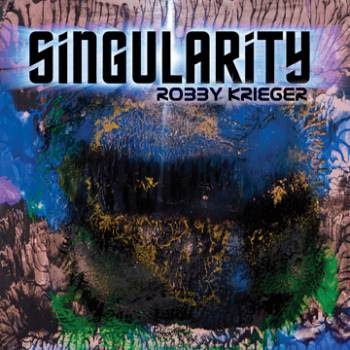 There's great variety on "Singularity": there's two solo guitar / flamenco pieces (both intros to other compositions), there's some bluesy slide guitar tracks, a couple of jazzy tunes, and even a george benson-esque track.
A nice collection of songs, but for my taste a bit too predictable, a bit too clean and too tidy, ...

The YouTube movies of the recent concerts that Robby Krieger did with Tommy Mars and Arthur Barrow had me hoping that the album would contain a bit more free and improvised stuff.
Still, it's a pleasure to hear both Arthur Barrow and Tommy Mars in action!
Geplaatst door UniMuta op 4:44 AM