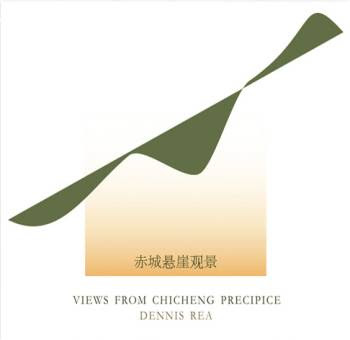 American guitarist and composer Dennis Rea has lived in China and in Taiwan from 1989 and 1993. He has also done numerous concerts and tours in Eastern Asia, introducing modern jazz and experimental music to curious audiences.

We know Dennis Rea from his work with rock band Moraine and with the Iron Kim Style free jazz ensemble. On "Views From Chicheng Precipice" however, we learn to know another side of Dennis Rea. Meet his tribute to the music of the far east.
"Views From Chicheng Precipice" presents 5 beautiful pieces. The first one is composed by Dennis. The other four are adaptations of traditional Taiwanese and Chinese melodies.

This is very nice. It's obviously done with a lot of respect and love for the music of the far east.
Each composition / arrangement is instantly identifiable as an eastern piece of music. It's only upon closer listening that one detects that it's actually played on a combination of eastern and western instruments.
This album takes you on a trip. Here are some of my favourite moments:

Below YouTube video is an audience recording of 'Kan Hai De Re Zi' as performed by Dennis Rea.