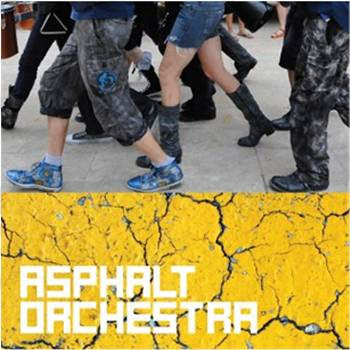 The Asphalt Orchestra is a U.S. 12-piece marching band. The spectacular thing is that these boys and girls don't just march around while they're playing music, they're doing it with a lot of show, AND they play some great contemporary material at the same time.
The band's eponymous debut album got released on the Bang On A Can label a couple of months ago, and it includes tunes by amongst others Björk, Charles Mingus, and Frank Zappa ('Zomby Woof')

Superb!
And their name fits the package perfectly.

Check out the video and watch it to the end. There's a couple of nice surprises.