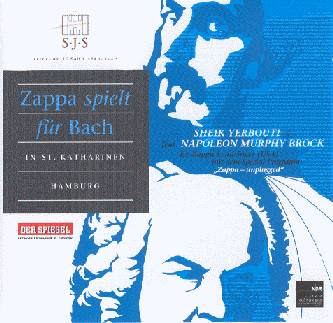 So when Sheik Yerbouti did a concert in 2009, some of us were already hoping that the same scenario would enfold. And here you are: Sheik Yerbouti, feat. Napoleon Murphy Brock: Zappa spielt für Bach.
The second album in a series, I hope.

The album itself is marvellous. Sheik Yerbouti is a top band.