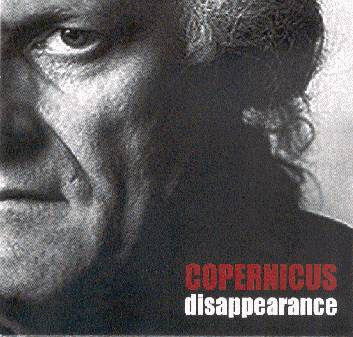 Compared to "Nothing Exists" (his first records), "Disappearance" has a more powerful approach. Copernicus' texts are agressive & confronting. He yells out that the only world is the subatomic world, as everything is made up out of 12 subatomic particles. Life is an illusion. Time is an illusion. Humanity consists of blind zombies and the only way out is to accept that nothing exists.

"Disappearnce" is a work of art. This is great stuff.
And the most impressive thing is that as Copernicus tells his story, the music is improvised by the band behind him.