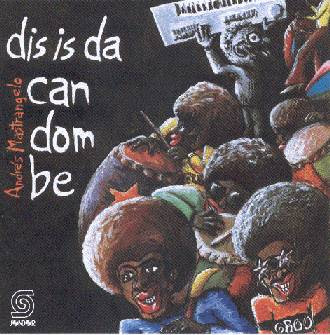 Andrés Mastrangelo lives in Urugay.
He contributed to various albums in the Hall Of Fame "Unmatched" series. The Spanish Zappa Tribute Discs.

In 2005, Andrés Mastrangelo released his first solo album.
A couple of years ago, I came across a promotional CDR of this album. More recently, I got hold of a factory pressed copy through Hall Of Fame Records.

The music on this album is quite good. It's a pity that my spanish isn't good enough to enjoy the lyrics as well.