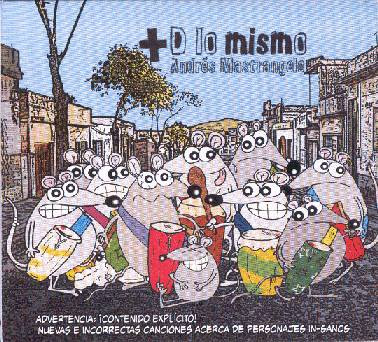 "+ D Lo Mismo" is Andrés Mastrangelo's second release.
Again, the album presents a nice mixture of styles. Musicwise, it's a very impressive album. The weakest point is the lack of (a) powerful vocalist(s).
Worth mentioning: there's a track called 'Cervesa I Mamelles' (Beer & Titties).
And there's also a little 30-seconds version of 'He's So Gay' at the end of the disc. (= hidden track)

All in all, "+ D Lo Mismo" is a nice listening experience. Zappa-esque, funny, and some great suprises.