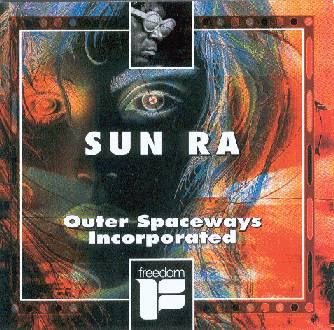 The first album of the CPE box is entitled "Outer Spaceways Incorporated", which is a bit weird because the Sun Ra discography already had an album with that title, released on vinyl in 1974. What you hear on this disc is a re-issue of the 1971 "Pictures Of Infinity" vinyl album (incl. one previously unissued track).
To make matters worse, the "Spaceways" album that you see a bit further below, has the material of the original "Outer Spaceways Incorporated" record...

The recordings on this disc probably date back to 1968, New York City.
And this is a great record. Only five tracks and over 40 minutes of music.