ADAPTATIONS FROM THE MOON 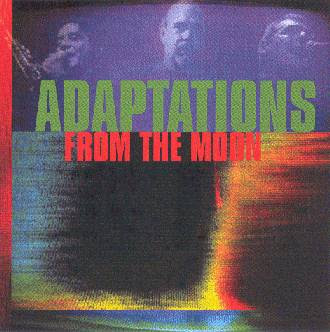 "Adaptations From The Moon" is a Tuxedomoon tribute album. It got released a couple of years ago by Oliver Schupp (from the www.tuxedomooning.com website) and it includes a version of 'Ninotchka' by one of my favourite belgian bands: Phlitman & Kangaroo.
Am I a big fan of Tuxedomoon?
Well, hardly. And that's because I'm not familiar with the music.
Should I be? I don't know. You tell me.

I know that they were from San Francisco and that they got signed to Ralph Records, the label of Residents fame. But that's over 20 years ago.
I didn't even know that they moved to Brussels and eventually stopped making music in 1988...
It even seems that they are back together again since a couple of years.

"Adaptations From The Moon" is a nice album. It made me wonder what the originals sound like, so I'll probably investigate this a bit more in the near future...