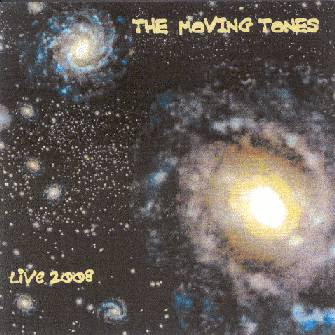 Belgian quartet The Moving Tones first hit the news in 2008.

The band was set to tour with Ed Mann, but when that didn't happen, they added Benoît Moerlen as special guest and played some extraordinary concerts.
I was fortunate to see the band perform in Breda, where not only Benoît Moerlen, but also Cathérine Smet turned up. It was a memorable evening.

Just recently, "Live 2008" turned up. It's a promo album with concert fragments from Paris, Breda and Liège. Let's hope that this is the start of another series of concerts.