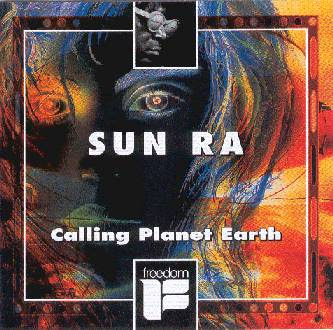 Part three of the "Calling Planet Earth" box set offers the 1971/12/05 Copenhagen, Denmark, concert recording.
Word has it, that Sun Ra didn't get paid for his Denmark concerts and that he had to sell the recordings that he had made so that he could buy plane tickets.
One of the tapes that he sold is this one, from the Tivoli concert. He sold it to the Black Lion label, but the tape was never used by Black Lion.
In 1998, DA Music / Freedom eventually released it on CD.

The concert itself is quite impressive and includes three superb compositions from the 'Discipline' series.