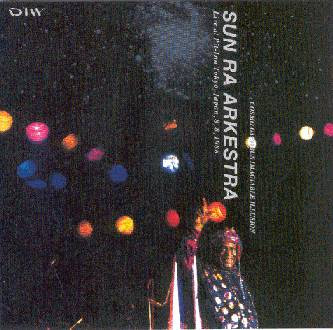 Sun Ra's "Cosmo Omnibus Imagiable" (or probably better known as "Live At Pit-In, Tokyo 1988") initially got released in 1988 in Japan. If I'm not mistaken, the album got re-released a couple of months ago. I don't know if this new release is any different from the 1988 album, but I don't think so.
This is a great recording of an excellent concert. If you're into Ra, this should be part of your collection.
I added the data to the UM files earlier this week.