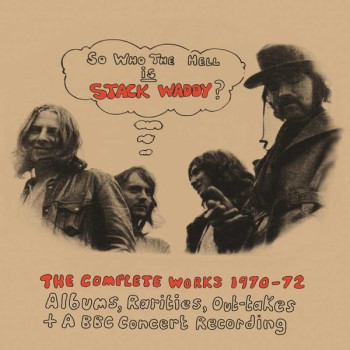 Recently, the Cherry Red Records label started releasing The Residents Preserved, a series that adds extra music and artwork to the original Residents albums. 'Eskimo' is up next, if I'm not mistaken. Beautiful...

Anyway, the same Cherry Red Records label also released this fine Stack Waddy compilation set in 2017.
The first two albums, plus some live stuff and outtakes.
As they were present on the first two albums, this set also includes Stack Waddy's versions of Don Van Vliet's 'Sure 'Nuff 'N' Yes I Do' and of Frank Zappa's 'Willie The Pimp'.
Three CDs in mini LP sleeves, plus a booklet. Nice.