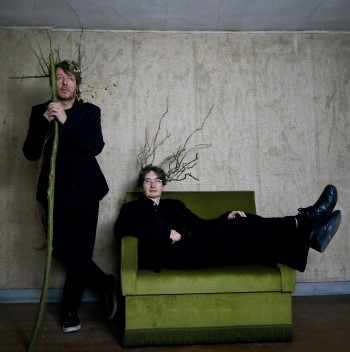 Intige Taluur, formerly known as Phlitman & Kang, released their first full (vinyl) album in 2018.
As I finally managed to add the data to the United Mutations Archives, I'm happy to mention it again.

Experimental music by Jean-Marie and Kim. Great stuff.
You can check it out here :


Pre-ordered copies of this album received an original drawing, a hand-written lyric sheet, a picture postcard, and an envelope with pieces of the branches that were used in the photo shoot...
Limited to 198 vinyl copies, but if I'm not mistaken, there are still some copies available.

Email ThisBlogThis!Share to TwitterShare to FacebookShare to Pinterest
Labels: phlitman and kang