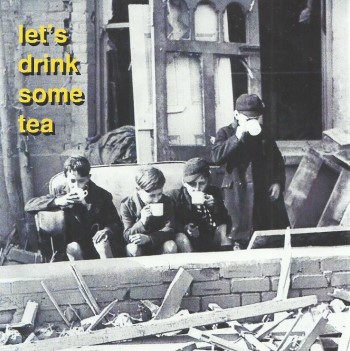 The Muffin Men started performing the music of Frank Zappa in 1991. They toured with Jimmy Carl Black, Ike Willis and Denny Walley, and they have shared the stage with various other Zappa alumni as well.
The band has released over 15 albums, a couple of DVD's, and some promos.
"Let's Drink Some Tea" is such a promo. Released on CDR, it features Rhino, Jumpy, Phil and Roddie on 10 amazing tracks.
My best guess is that it's from 2016.