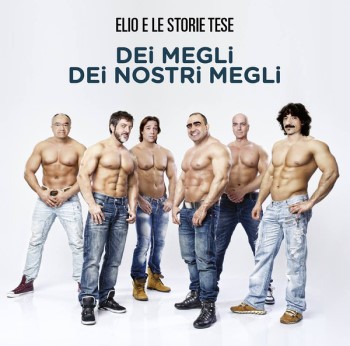 Italian band Elio E Le Storie Tese is what one might call a pastiche or parody rock band.

The above pictured "Dei Megli Dei Nostri Megli" box set got released in 2014 and presents three CDs and one DVD. Disc three includes the band performing Zappa's 'Sofa n°2' and Ike Willis singing 'I Am The Walrus'.
My favourite part however, is found on the DVD and shows video material from the recording session of 'Pippero' with Les Mystères Des Voix Bulgares !!

Email ThisBlogThis!Share to TwitterShare to FacebookShare to Pinterest
Labels: ike willis, others of invention, zappa