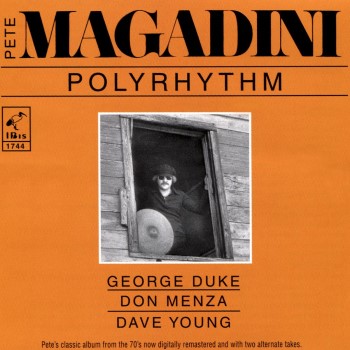 Last week I received a digital copy of Pete Magadini's 1976 album "Polyrhythm".
This superb album (with the perfect title) has a major role for George Duke. Next to writing two of the pieces (with Pete Magadini), George's keyboard playing lifts this album to a higher level.
Beautiful.

"Polyrhythms" will show you what George Duke sounded like after playing in Zappa's Mothers for a couple of years and after releasing his excellent "Feel" and "The Aura Will Prevail" solo albums.

Re-issued in 1980 with a different album cover.
Also available on CD.