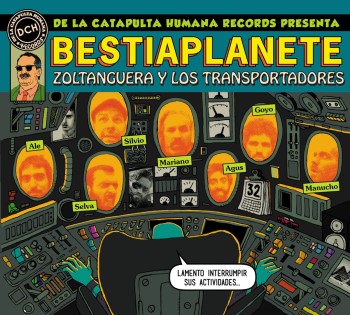 Bestiaplanete released "Zoltanguera y los Transportadores" in 2015, displaying their energetic mixture of rock and funk, with a fine dose of Zappa and Steely Dan.
It's a great album and a lot of fun to listen to as it contains a lot of musical jokes and references.
The first track, for instance, sounds like something that you might sing "I'm The Slime' to. If you listen carefully, you might hear the singer shout out 'Hoy Hoy Hoy' or even 'Oh No, I Don't Believe It'.

Originally released on CD, but also made available on Bandcamp !