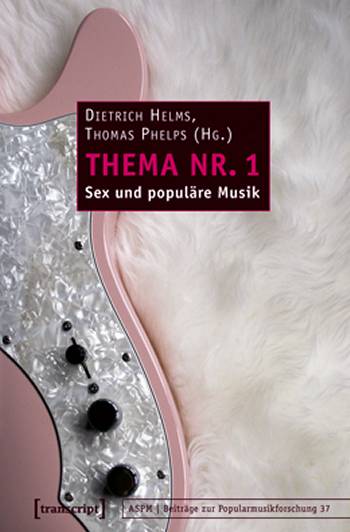 German publisher Transcript Verlag has scheduled the release of "Thema nr.1 : Sex und Populäre Musik".
It's a collection of papers by various writers and it will include Paul Carr's 15-page piece "Frank Zappa, Sex and Popular Music".
Here's the abstract:
"Throughout his controversial career, Frank Zappa (1940-93) was often associated with his right to indoctrinate his First Amendment rights into both his music and lyrics. Although his very public confrontation with the Parents Music Resource Centre in September 1985 is probably the pinnacle of his antipathy toward state prescribed restrictions, it is apparent that his entire compositional portfolio is littered with both overt and more subliminal references to sex. The inaugural instance of this practice began in 1964 after Zappa was arrested and imprisoned for producing an audiotape of simulated sexual acts while still a jobbing musician, and was to continue in more legitimized forms for the next three decades. There is a matrix of sexual reference to Zappa’s oeuvre: content ranges from seemingly immature references to sex,[1] quasi-moral narratives about sexually transmitted diseases,[2] sex as a conduit for social and religious satire,[3] sustained science fiction visions of sexual dystopia,[4] conspiracy driven accounts of the rise of AIDS,[5] to anthropological adventures, including the voyeuristic orgasm through torture dystopia of ‘The Torture Never Stops’. Zappa rationalized his liberalistic views on sex by stating that the ‘sex equals sin’ propaganda instilled by pressure groups such as the PMRC only resulted in the institutionalization of the “neurotic misconception that keeps pornographers in business” and that lack of sex had the potential to result in some of the USA’s social problems. At times a libertarian with principles that seem to match aural explorations with oral expediency, Zappa remains one of the most extraordinary and far-reaching figures in popular music to have explored sex in the analysis of the human condition in all its cruelty, comedy and potential freedom. This paper concerns Zappa’s frequently strategic anti-essentialist relationship with sex drawing on a range of examples from Zappa’s oeuvre."
Geplaatst door UniMuta op 2:15 AM