PROJECT/OBJECT RETURNS TO THE SOUTH WITH LEGENDARY ZAPPA BAND MEMBERS 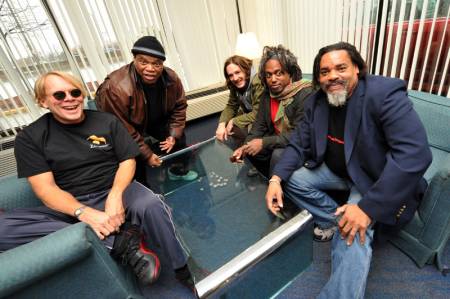 1/28/2011 - New York, NY - Project/Object continues their mission of performing Frank Zappa's music with a rotating lineup of Zappa's most beloved band members. On this tour the band will be joined by alumni Ike Willis and Ray White, and at selected gigs, Denny Walley, Don Preston and Bunk Gardner. Project/Object's collaboration with these legends is a testament to the bands desire to present Zappa's music as it was recorded and performed live, while also developing creativity in live performance.

Ike Willis is the legendary Zappa vocalist and guitarist whose career with Frank began in the role of "Joe" on the quintessential Zappa album Joe's Garage, and continued for over a decade. He toured with Zappa's band in 1978 and appeared on every Zappa tour thereafter, as well as almost 30 Zappa albums. Ike also played an integral role in Zappa's legendary final tour in 1988. Ray White is a vocalist and guitarist who was drafted into Zappa's band in the fall of 1976, forming a memorable vocal harmony partnership with Ike Willis on later tours in 1980 and 1984. He participated on the albums Zappa in New York, Joe's Garage, Tinsel Town Rebellion, You Are What You Is, and many more. Denny Walley, who also recorded and toured with the late Captain Beefheart, toured with Zappa playing slide guitar in the mid 70s, and guested on records in the early 80s as well. Don Preston and Bunk Gardner, appearing at the tour closer in NJ, are part of the original lineups of Zappa's "Mothers Of Invention", touring and recording the late 60s classics beloved by most of Zappa's fan base.

Frank Zappa is one of the Twentieth Century's most important composers. His effect on the modern music landscape is undeniable. Formed in the early 90's, Project/Object is on a mission to bring this music to the masses by faithfully recreating the live Zappa experience - with the people who were integral to Zappa's classic sound. In every new market they visit, Project/Object pleases the Zappa connoisseurs and converts the curious into dedicated fans.

The confirmed dates and alumni appearances for the 2011 fall tour are below. Information on the band, specific dates, and where to buy tickets at http://www.projectobject.com/.