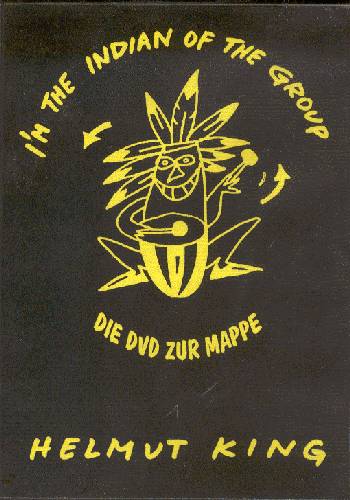 Graphic artist and sculptor Helmut King has produced a number of Zappa inspired works.
In 2000, he released an art box entitled "I'm The Indian Of The Group" (a tribute to Jimmy Carl Black). The box included a pair of drum sticks (signed by Jimmy Carl Black, a CD-Rom with a.o. 4 songs and an interview with Jimmy Carl Black, 10 silkscreen prints by Helmut King, and a letter by Urban Gwerder.

The box and all of the artwork were a part of the 2009 Jimmy Carl Black exhibition in Bad Doberan, as part of the Zappanale festival.

Last year, Helmut King released a DVDR that included a documentary on the 2000 art exhibit, concert & presentation of his Jimmy Carl Black tribute. It's a beautiful item (another fine RR Production) and includes a fine bunch of extras.

Below is a screenshot from the documentary: Mothers' roadie Kanzus J. Kanzus and Urban Gwerder at the art exhibit! 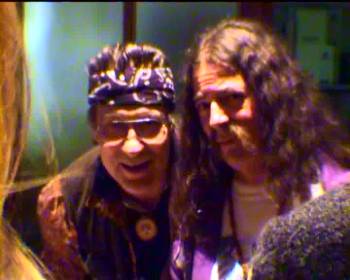