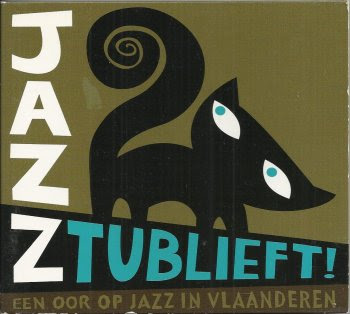 I brought this promotional album home after a visit to a record fair.
This release is an initiative from the Flanders Music Centre and it takes a look a jazz music in Flanders. Well, to the jazz music scene in Flanders in 2005.

Next to the music that is taken from various albums that were released at the time, the album also includes some unreleased material, like Flat Earth Society’s ‘Psychoscout’, recorded in concert at De Vooruit in Ghent in 2004, or a track by Bart Maris’ Les Poubelles project from 2005.