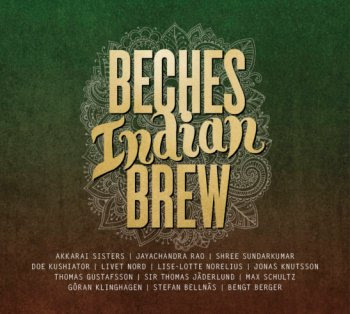 It is no secret that Swedish jazz drummer, composer and producer Bengt Berger has a weak spot for Indian music. He even lived in India for a while (in the 60s) and studied there with different teachers.

January of last year, Bengt took his Beches Brew ensemble to India where they were joined by eminent Indian maestros of the Karnatic and of the Hindustani tradition for a series of concerts.
Later the same year, some of the Indian musicians traveled to Sweden for the Swedish leg of the tour.

On "Beches Indian Brew", we get treated to recordings from this latter part of the tour. Eight amazing tracks.
It's fascinating to hear how beautiful jazz and Indian music blend together.

This is essential listening.
Highly recommended.


A short film by Jöns Jönsson about the meeting between the Swedish group Beches Brew and four of today's greatest Karnatic instrumentalists in Chennai and the concert at Sri Krishna Gana Sabha on January 3, 2016.
Featuring Mats Öberg !!