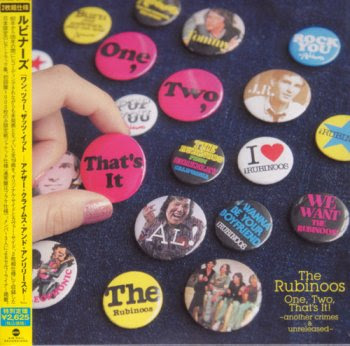 Although American pop band The Rubinoos started out in 1970, they sound a band from the early 1960's.
"One, Two, That's It'" is subtitled "another crimes & unreleased". It includes the band performing a nice pop version of Frank Zappa's 'Absolutley Free'.

Liner notes by Tommy Dunbar :
'Jon and I used to listen to "We're Only In It For The Money" by Frank Zappa and The Mothers Of Invention every day after school. My dad came in one day, took a look at the album cover and proclaimed, "that's the ugliest person I've ever seen!". Always wondered which guy in the band he was talking about!
Anyway, we still want to do a recording of the whole album a capella someday...'