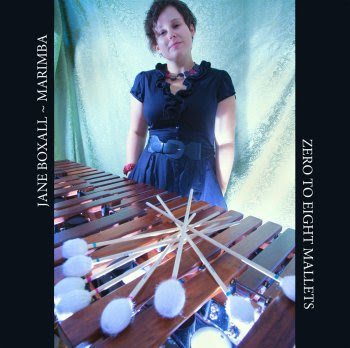 Jane Boxall's 2012 album, "Zero To Eight Mallets" combines technical skills with an excellent repertoire. Next to one original piece and Frank Zappa's 'The Black Page', the album offers performances of pieces by a number of composers that I had never heard of. And there's some great stuff to be discovered !