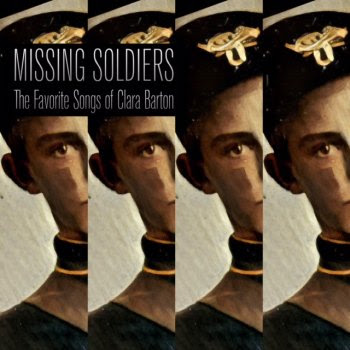 I somehow missed mentioning one of the previous Charles Bobuck albums.
"Missing Soldiers" is an abandoned Residents project. It never went beyond the basic MIDI files. I find it quite interesting as all the instruments (and vocals) are presented here as MIDI sound files.

The Klanggalerie record label adds:
Re-issue of a previously download only compilation through the Charles Bobuck web page. The third TOOK release and therefore limited to 300 copies and available only through our mail order. These MIDI arrangements started out in 2001 as sketches for a proposed album based on The American Civil War by The Residents. The rather un-sexy project did not get encouragement from European partners because the war meant little outside of the United States and is most prominently a part of history in the deep South. The project was abandoned.