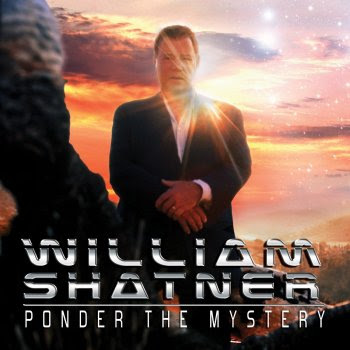 I grew up with Star Trek. William Shatner was one of my childhood heroes.

Fast forward to 2013 where William Shatner released his 4th (!!) solo album. A co-production with Billy Sherwood.
One of his previous discs featured Adrian Belew as a guest. On "Ponder The Mystery", there's even more Zappa and Beefheart alumni to be found.
Steve Vai, George Duke and Zoot Horn Rollo all contributed to "Ponder The Mystery".

Hey, maybe someone should invite William Shatner to Zappanale...