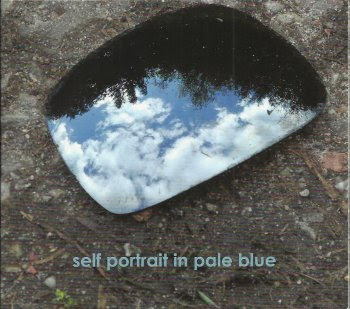 After a fine performance / concert of Josse De Pauw and Corrie van Binsbergen in Antwerp last Thursday (2013 11 28), I picked up "Self Portrait In Pale Blue", Corrie van Binsbergen's first solo album.
I had heard her talking about it in an interview at The Paradox during a benefit concert a couple of months ago, but I was quite surprised that it was already out.

In the liner notes, Corrie explains how she had booked two days in a German studio for a certain project, but that the project had been cancelled. Albert van Veenendaal suggested that Corrie should go anyway and that she should record her own album instead.
Eventually, Corrie did go. Unprepared. Tabula Rasa. Just sit down and play.
In the same liner notes, Corrie also elaborates on certain recent, personal events.

The result is an intimate time document.
A self portrait.
"A Self Portrait in Pale Blue".