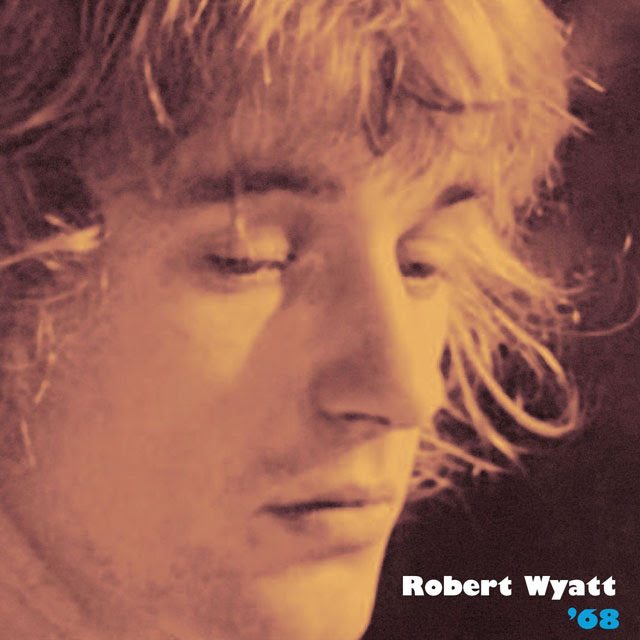 Member of the Daevid Allen Trio, The Wild Flowers and Soft Machine.

Solo recording artist and founding member of Matching Mole.
Collaborated with Henry Cow, Hatfield and the North, David Gilmour and Björk to name just a few.

His name is Robert Wyatt and he's one of the founding fathers of the Canterbury scene.

From the Cuneiform website:
In September, 1968, the Soft Machine had just finished their second, exhaustive tour of the USA supporting the Jimi Hendrix Experience. At the conclusion of the tour, vocalist/drummer/multi-instrumentalist Robert Wyatt stayed, working on recordings in Hollywood and New York City. Upon Robert's return to England, these documents lay forgotten...

Now, for the first time, all four of the recordings Robert made in '68 are collected together and released, all carefully worked on and presented in the best possible sound quality - and the recorded sound here is surprisingly excellent overall!

The bulk of the material - the two long suites - were later re-recorded by the Soft Machine; ‘Rivmic Melodie’s later became the basis of side one on Volume II (1969) and ‘Moon In Jun’e showed up as Robert's showcase on Third (1970).
These tracks serve as a template for the post-psychedelic Soft Machine's career as founders of European jazz/rock and the entire release is a precursor to Robert's post-band, solo career.

Out on the Cuneiform label
www.cuneiformrecords.com