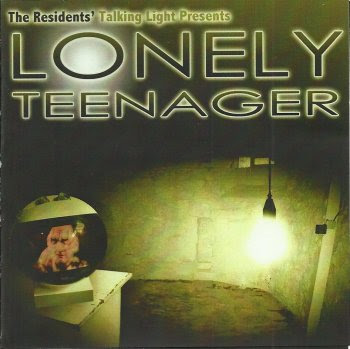 Following The Residents' musical output isn't the easiest of tasks.
The above pictured "Lonely Teenager" is one of the fine examples.
Originally issued as a CD-On-Demand album (RZ1101) in 2011, it was made available during the Talking Light Tour with a bonus track in a limited edition of about 200 copies (RZ1101-A, and sold out during the tour). Later that year, the CD-On-Demand version got withdrawn and the album was released by MVD (MVD5180A).

The Residents' most recent excursion is giving us "Radio Thoreau", a series of remixes that isz available from various digital platforms.
Check it out here:
http://www.residents.com/home/page2/